The JCCF Charity Bowling Tournament, sponsored by Boyd Gaming, took over the Gold Coast Hotel and Casino Bowling Center on Saturday, Dec. 3. The charitable event, benefiting the Justin Cowboy Crisis Fund (JCCF), raised an unprecedented $9,000 with 100 percent of the proceeds supporting cowboys injured through their participation in professional rodeo and their families.

To conclude the event, Boyd Gaming surprised the organization and participants by presenting a $5,000 donation to further support JCCF’s mission. The nonprofit has awarded nearly $9.5 million to more than 1,350 injured cowboys and their families since 1990. Boyd also donated the event space, food, drinks, and entertainment to make for a successful afternoon.

While Gold Coast has hosted a charity bowling tournament during National Finals Rodeo for the last 14 years, this was the first year that the tournament solely benefitted the Justin Cowboy Crisis Fund. “Boyd and the Gold Coast team felt it was important to work with a charity that is important to the rodeo community, and they couldn’t have picked a better group than the Justin Cowboy Crisis Fund,” said David Strow, Corporate Communications Vice President at Boyd Gaming.

Thank you to everyone who participated and made this event a success!
Photo Gallery
Browse Gallery 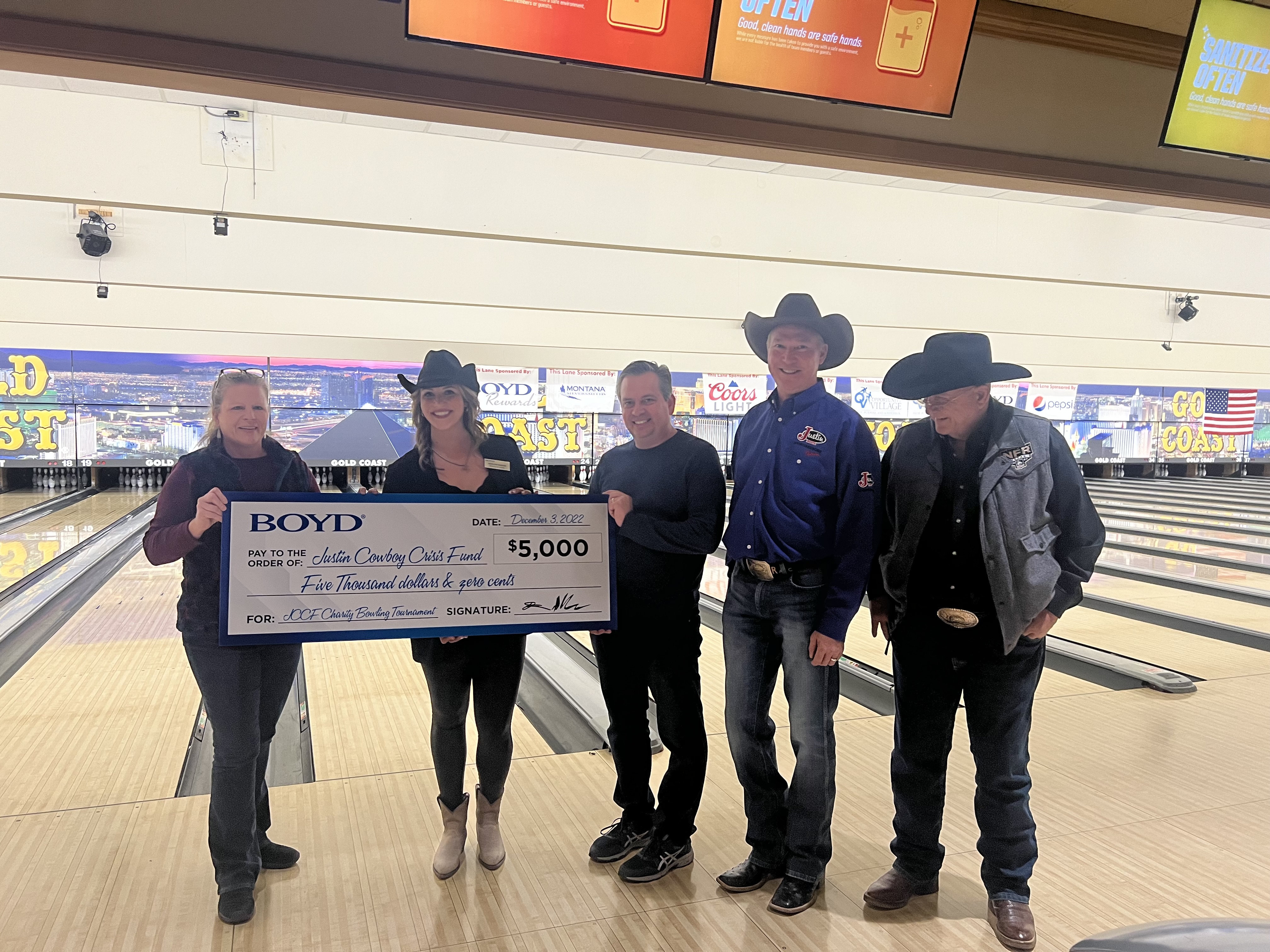 Explore the latest news from Boyd!